Trevor Zahra
A video documentary about the prolific Maltese author 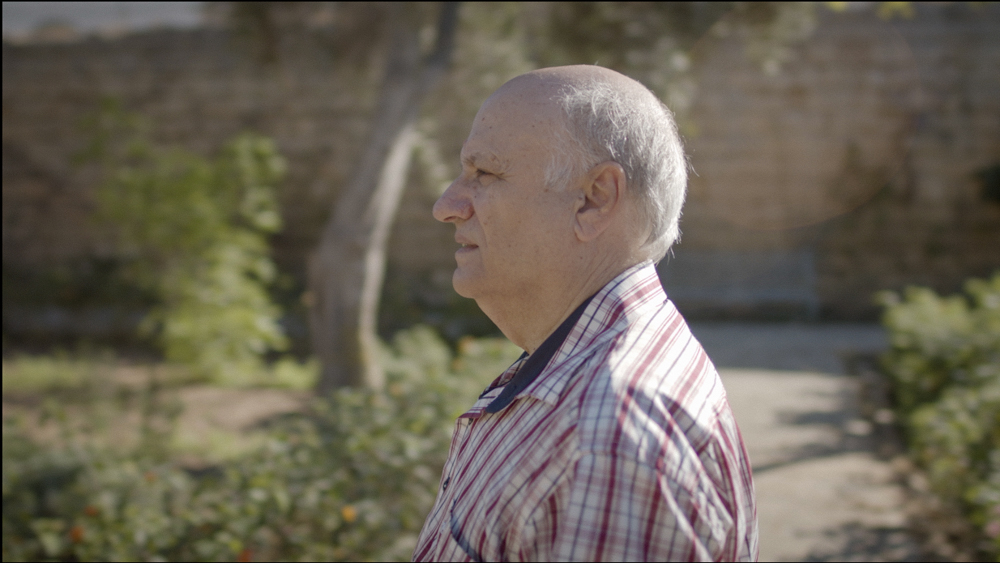 A few months ago, the Malta Book Council entrusted us with producing a video documentary about the prolific Maltese author Trevor Zahra. He is one of the most popular authors on the islands and for most of us, our first book in Maltese was one of Trevor’s.

We have produced several documentaries and documentary-feel features over the years. We have done it in academic settings as well, so we know a thing or two about the theories that help build a powerful documentary. The theme is of course always prevalent, a strong message leads to a strong documentary.

What was the message behind the documentary about Trevor Zahra, is it about getting people to read books, his books specifically? Not really, we did not want to produce an advertisement. For Trevor’s documentary, while paying tribute to his illustrious career, we wanted to distil his work and life to inspire others to follow a similar path.

In documentaries, you have what is called the exploratory phase, where you go out there and collect as much material as you possibly can. It is different from filming a feature or a scripted piece where you decide the text before you start filming and do accordingly. A documentary is maybe more like sculpting rather than painting. You gather all the material you need and more, then proceed to reveal the best form you can.

What was the topic we wanted to explore and how could we explore it? We did our research with the help of the book council. We scoured publications and previous interviews Trevor had given. We wanted a more personal touch though. We wanted to explore more of the man, the life of the man behind these writings. How did the events throughout his life affect his writings? What was his process, how did he manage to publish so much? We wrote down a number of questions to explore these themes and asked Trevor to think about them before the filming sessions. 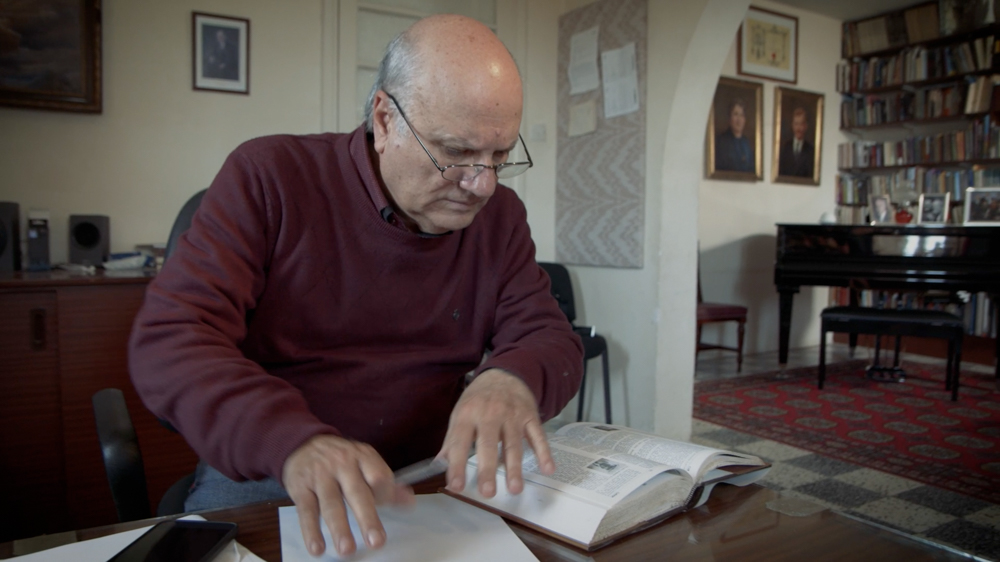 We filmed in two major chunks. The largest and most productive was at his home in Marsaskala, then we went to a garden, ġnien il-Kmand in Żejtun, in the area where Trevor spent his childhood. After that, we filmed a number of books and memorabilia in our studio.

We filmed with two cameras, to have a variety of angles, as Trevor answered questions, showed us books and different areas of his house. Thankfully Trevor, a natural with decades of teaching experience is very eloquent and a joy to listen to. He can, of course, string words together very well in an engaging way and thus gave us lots of good material to work with. In fact, the first problem we had to tackle was which parts of the interview to keep. We had to throw out lots of good material. 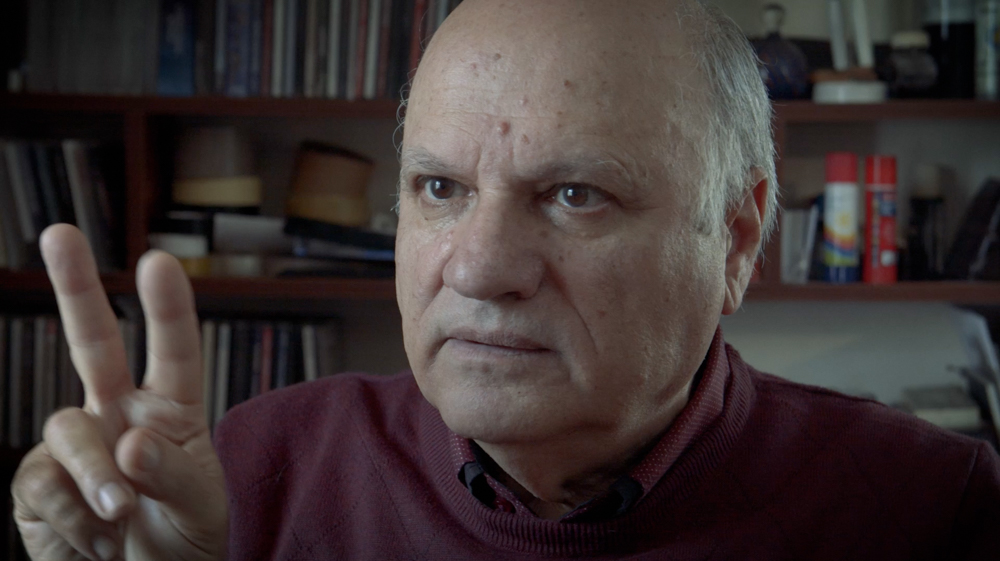 First, we got all the clips from all the cameras. The first order of business was to sync the two cameras together for all the different takes. That way we could, later on, select which of the two shots to use for every part of the interview.

The next step was to go through all the interview and mark it. On the timeline, we marked the topics Trevor was talking about and particular phrases which stuck out as powerful or controversial. We used different colours for the markers to indicate which parts should definitely be in the documentary and those which were dispensable. We had around three hours of just interview and the documentary could not exceed the 25-minute mark, thus we had to be very selective.

It was days of going through hours of footage, selecting the very best phrases and sentences to then weave them together into a forward-moving narrative that gives momentum and keeps the viewers engaged. It is not easy to keep the viewers hooked by what is merely a talking head from the start till the very end, throughout the whole half an hour or so.

After going through the whole interview, we extracted the best content, about one-sixth of all the material, to about half an hour. Then we went through it again, trying to put a theme to each part and stringing similar themes together. After that, we ordered the chapters, one after the other to create a structured narrative that carries from one theme to the next. 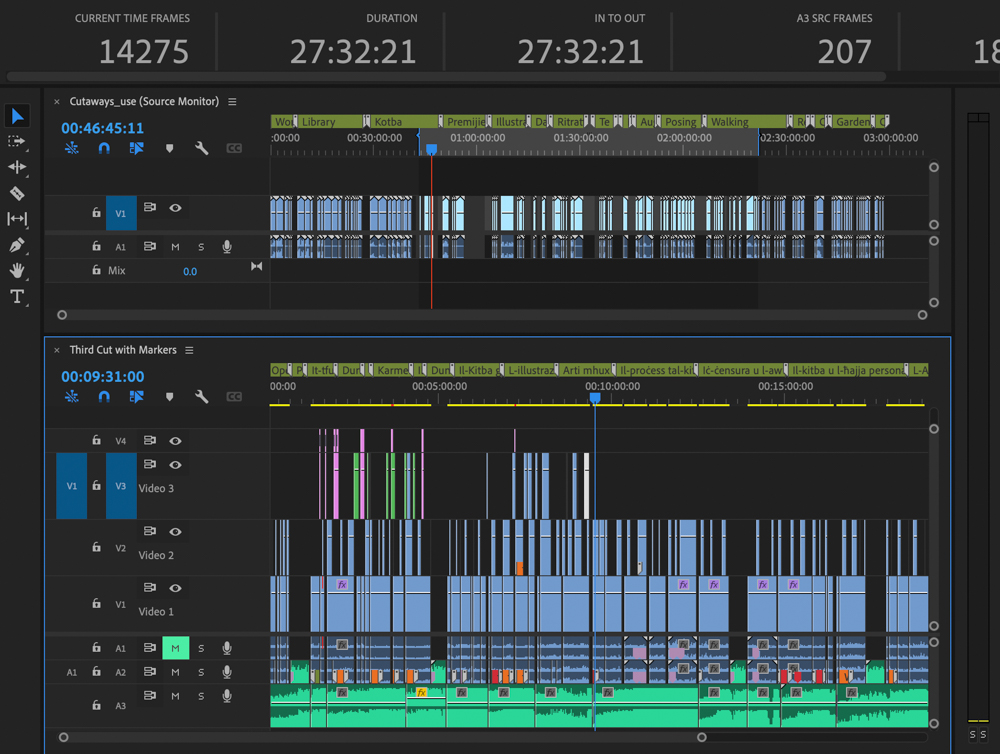 Music is very important in any production. It sets the mood and can be instrumental in resonating the right emotions from the audience. It also serves to help us pull through the silent gaps, which serve as punctuation marks in a video, and that would otherwise sound awkward.

Ideally, a music composer and a sound designer develop the soundtrack to any production, giving it an identifiable auditory stamp while helping set the mood throughout any inflexion. Unfortunately, though, the productions that allow for enough time and budget to go through that process are few and far between.

Thankfully, nowadays we subscribe to very powerful audio libraries that make it a breeze to select the right music. It is then a very similar process to editing the rest of the work. We select the best parts, choose where to put them according to the mood or change and transition from one track to the next, mixing with the rest of the audio, voice, ambient noise and sound effects. 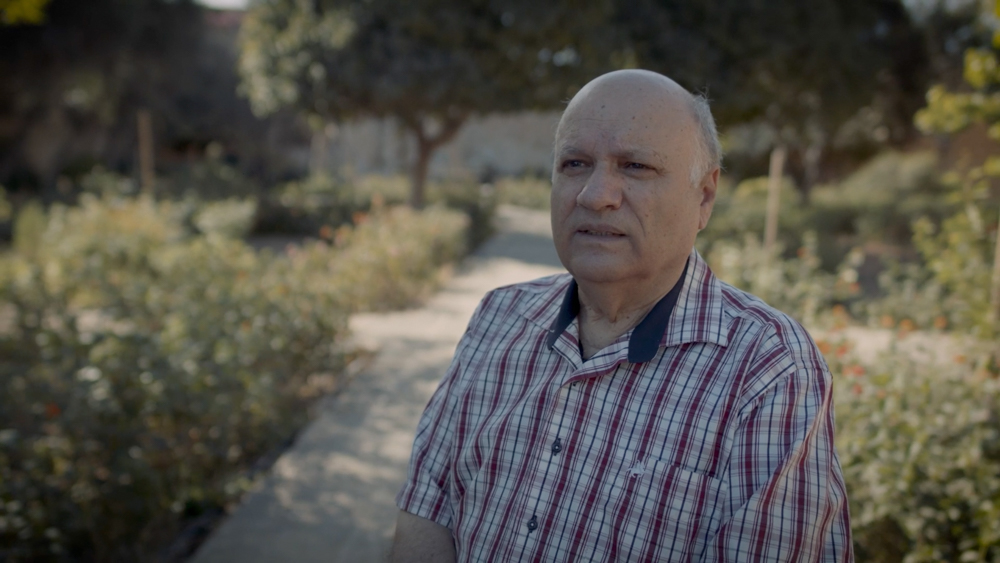 In this documentary, in some places, we had some issues with the audio. When shooting documentary style, it is always a possibility or rather a probability. Throughout the interview, especially in such a case, when we were moving from one place to the next, you cannot control the environment completely. There can be external noises, the crew or the interviewee can hit things or microphones while walking around, there may be interferences with the wireless receivers and so on. When in the flow of an interview, you cannot stop it for every disturbance. Thus we had some technical audio fixes to perform in order not to lose a few parts of the interview. 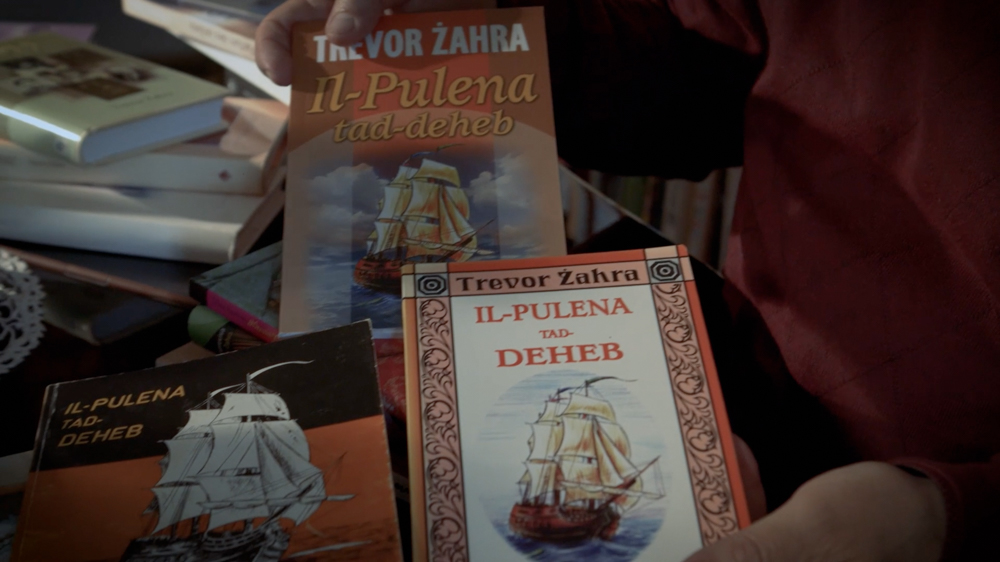 We always grade the footage in our productions. It is the process where we adjust the colour and exposure of all the shots to match within the particular scene and give it a uniform tone throughout. It is yet another lengthy process where every single shot is matched to a control shot within the scene. We use several tools like scopes and reference shots to get as close a match as possible. The camera, the file format and specifications all help achieve that even look. 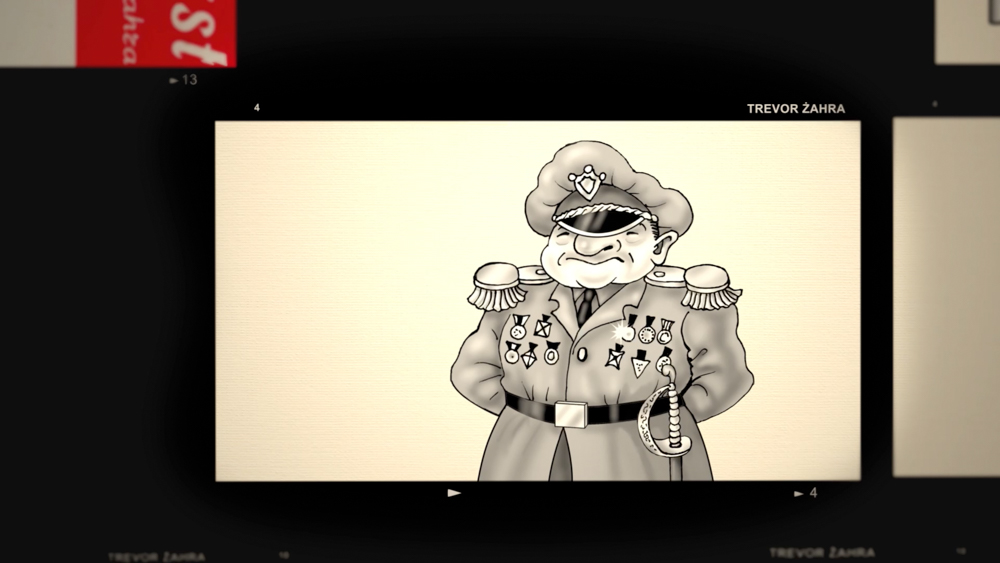 Finally, we worked on the graphics for the documentary. We kept the captions between the various chapters clean and simple, showing extracts from Trevor’s books suggested by the Book Council. The main work in the graphics department was the opening for the documentary. We wanted to give tribute to the fact that Trevor besides being an excellent writer is also an accomplished illustrator. While he described some of his processes in illustrating and even techniques employed for printing before the advent of desktop publishing, we wanted to show some more of his work. We asked him to select a few significant illustrations from throughout his career and we animated them in a collage of his works to form the opening sequence for the documentary, of course, juxtaposed with a couple of his more ‘controversial’ comments.

Watch the documentary and let us know what you think. 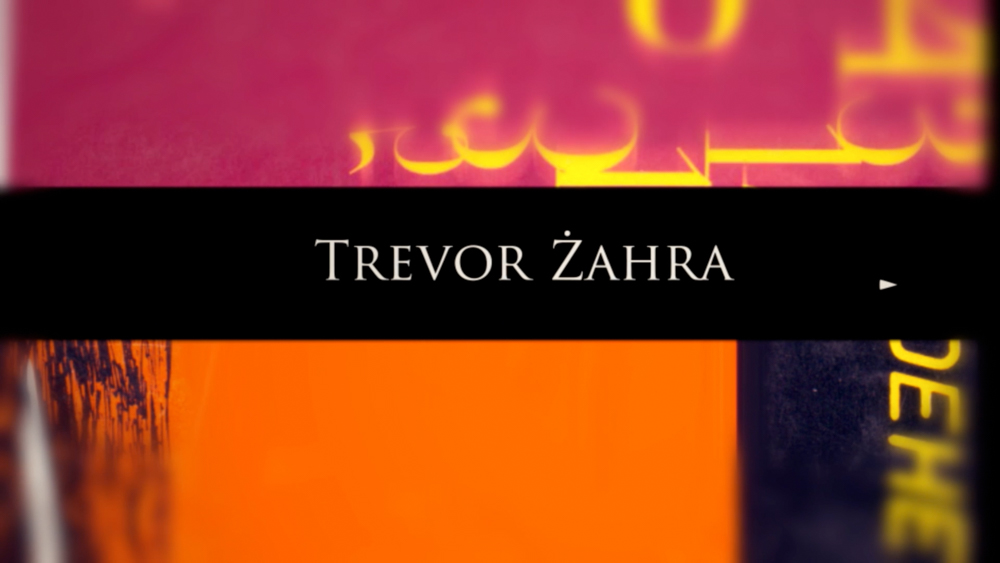